ProPresenter handles the majority of media files as Backgrounds or Foregrounds. These labels indicate the behavior of the files when they are played. Media that is added to a slide in the Editor is excluded from this explanation.

Every media cue is marked with an icon in the top left corner of the thumbnail. These icons match the ones shown next to the Background and Foregrounds bins in the Video/Image Bin. Any media that is added directly to the program in the bins or added directly to a presentation from the computer will end up as a Background or Foreground and behave accordingly. If you drag a media file from Finder or Windows Explorer directly into a presentation and drop it onto an existing slide, it will be added as a Background. If you drop the same cue between slides or into a presentation by itself, it will be added as a Foreground. 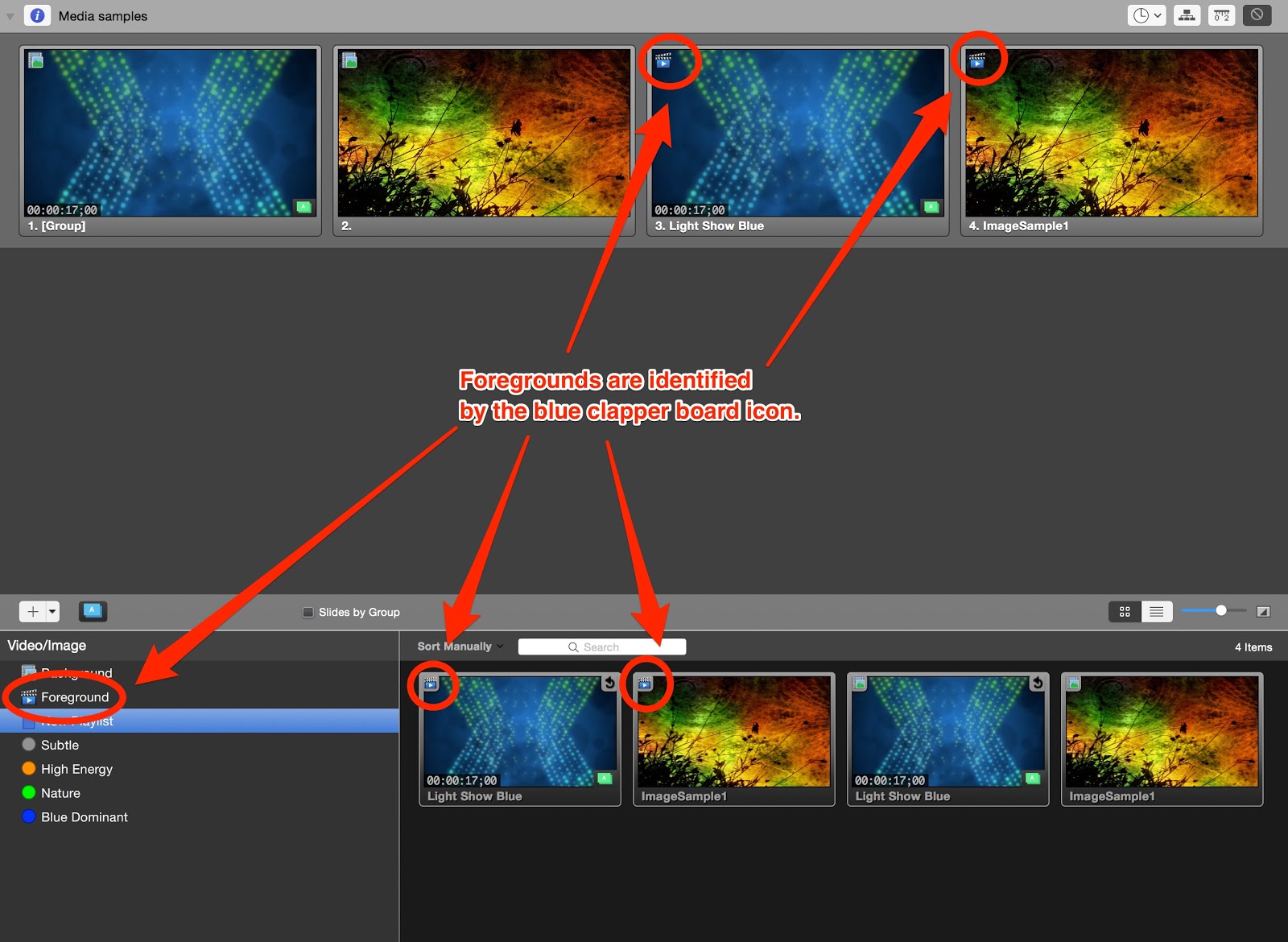 ProPresenter is built on a system of layers and each layer behaves independently of the other layers. That means that something placed on a layer will persist until it is explicitly changed.

The simplest slide you can build would have a single text box. This would be displayed on the slide layer. If you have specified a background color, then the background color layer would also be displayed.You can add a cue to change the Background--video or still image--to the cue. This background "cue" will be played on the video playback layer, which is between the background color and the slide layer. A background will continue to show as you change slides, so you only need to add a background to slides on which you wish the background to change. Slides can contain a number of slide objects, including additional pictures and videos, that will all display above the video playback layer. By default, all videos imported as backgrounds are set to Stretch to Fill so that they fill up the output. You can read more about the scaling options here.

Videos set as "foregrounds" behave a bit differently than backgrounds in that, when triggered, they will clear any slides that are active. Further, if a slide is triggered while a foreground video is playing, it will clear the video. Foreground videos are intended and designed to be shown by themselves. By default, foregrounds are set to Scale to Fit, which may result in seeing black bars on two sides of your file if it is not the same aspect ratio as your output. 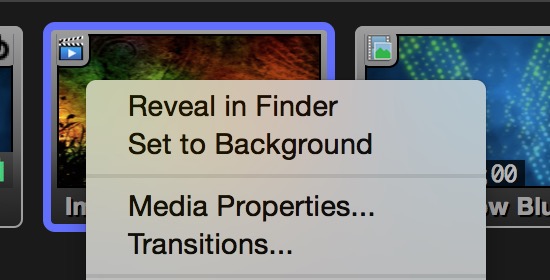