When ProPresenter imports media, it is actually copying the file path to that file, and creating a reference to it in the software, not actually fully importing the entire file. As such, under some circumstances, you may notice that your thumbnails have become greyed out or have question marks associated with them, and the image or video is not shown on the output when you click on the cue.

There is a setting that can resolve this issue, called Manage Media Automatically. 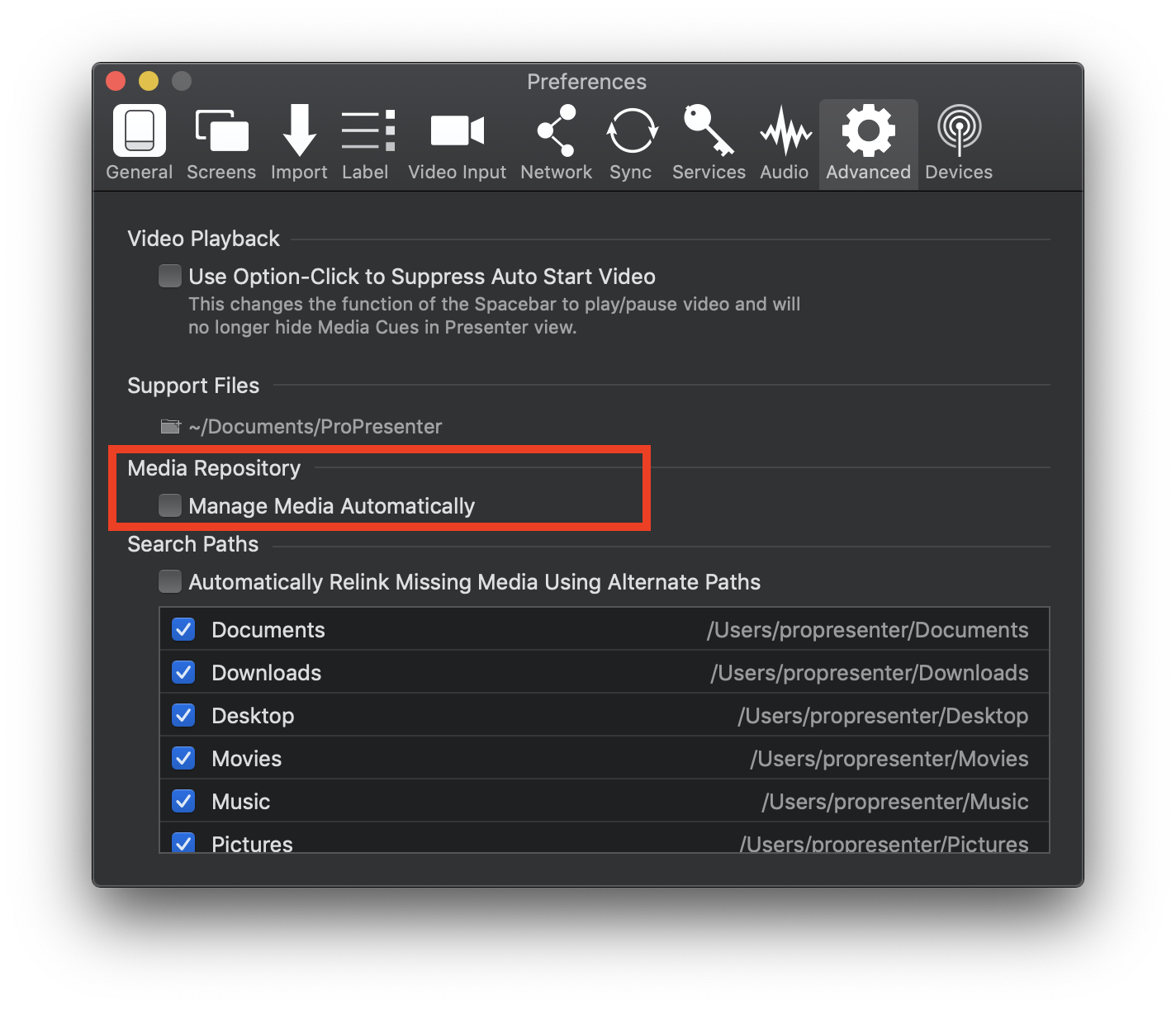 With Manage Media Automatically ENABLED, when you import a media file into the program, it physically copies the file to a specific folder deep within the computer and makes the reference link to that location. Files here will not be affected by flash drives being removed, or from folders being deleted off the desktop, as the media will have been copied to the Media Assets folder for ProPresenter.  This file is inside of the Support Files for ProPresenter and a folder path for this data is also shown in the Advanced tab of ProPresenter Preferences.

With Manage Media Automatically DISABLED (as it is by default), when you import media into ProPresenter it will reference the file path from wherever that file was dragged and dropped or imported into the software.

Say for instance you imported some photos off of a flash drive, and then you unplugged the flash drive; ProPresenter would attempt to reference that file path to play the video/show the photo, but it would not be able to find the actual file, as the location of that media is not accessible (as the flash drive was removed from the machine). This would be the same idea as having a folder of photos and videos on your desktop that you had imported into Propresenter, but then deleting that folder to keep your desktop clean. ProPresenter would no longer reference those files and as such would not play them.

Another option that helps with Media Management is Media Search Paths.  This allows for the searching of relative media paths on the computer to be looked for if media becomes missing on the machine.  Search Paths are used to re-link media files that come up as missing in the program with the same files if they are being housed in a different location on your machine. You can enable this setting by checking the box for Automatically Relink Missing Media Using Alternate Paths and then check any folder paths you wish for the program to use to try and locate missing media. This setting will likely not be needed if you have Manage Media Automatically enabled above.